Axylyum Charter, the parent company of the growth enablement product, AXY Wrap™, has gained significant acclaim as the industry leader in credit line expansion and default risk mitigation. By shifting default exposure to AXY Wrap™, lenders that work with Axylyum Charter can increase their lending facilities and foster relationships with their borrowers—ultimately leading to exponential growth.

“Capital Mortgage Services of Texas is one of America’s most prestigious and respected companies in the lending space. By securing over $500,000,000 with AXY Wrap™, Capital Mortgage Services of Texas has positioned itself for substantial growth. We are very pleased to have the opportunity to partner with such a notable organization,” said Serge Petroff, CEO of Axylyum Charter.

Established in 1986 by CEO, Royce C. Lewis III, and President and COO, Linda Lewis, Capital Mortgage Services of Texas is a full-service mortgage bank that controls all elements of their clients’ mortgage transactions, from application to approval, to in-house underwriting and loan servicing.

“When I was first introduced to AXY Wrap™, I was surprised that such an ingenious idea had not been previously developed. The removal of default risk is a game changer for the private lending industry. By securing our assets, we are positioned for business expansion and for an increase in line liquidity,” stated Mr. Lewis.

Axylyum Charter has been recognized in prominent industry publications such as ‘The New York Real Estate Journal’, ‘Globe Street’, ‘Market Watch’ and ‘Private Lender Magazine.’ The firm is a proud member of the American Association of Private Lenders and the National Private Lenders Association.

The Future of Lending 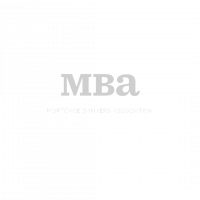